In modern Era, cannabis has become the center of research for development. Various research takes place on Marijuana, as it has several side effects on our body, but this time it led to the development of an unknown biochemical system in our body, and it is known as the Endocannabinoid system. This system not only regulates our various experiences in the body but also regulates our mood.

Endocannabinoid and CBD researches – Various research has led to the development of many receptors in our brain that respond to drugs produced by cannabis, and development in the endocannabinoid system, which binds to these receptors, has helped in understanding and evolving our human body, its health, and disease factor.

Serotonin and dopamine are Neurotransmitters, and they act as chemical messengers for our nervous system. In the same way, for the ECS system, endocannabinoids are the messengers and produced throughout our body.

Cannabinoids products or Hemp or cannabis extracts are generally delivered in oil form or in coconut and butter base, as they are fat-soluble because they are made up of lipids. Our brain produces the natural form of cannabinoids known as Anandamide. This derived its name from the Sanskrit word meaning “bliss.”

This cannabinoid is involved in many roles in our body like memory, pregnancy, appetite. Also, after or before intense exercise or workout, it produces “runners high.”

Cannabinoid receptors: Endocannabinoids (ECB’s) are messengers or neurotransmitters for our endocannabinoid system. They bind to specific receptors in our brains and produce effects like immunity, mood, and consciousness.

They are found everywhere in our nervous system. For proper functioning of the brain, these are the most important receptors. According to their position in different parts of our brain, they produce different actions like memory, mood, and motor function. For all psychoactive properties, CB1 is responsible when THC binds to this receptor.

Mainly these receptors are found in the lower part of our body and involve functions like digestion, pregnancy, and cardiovascular functions. So this receptor plays an important role in our body. Another popular receptor is CB2. These are also found everywhere but are mostly found in the immune system of our body.

They produce inflammation when they detect pathogens. For allergic patients, Asthma patients, or patients who have auto-immune disorders, CB2 plays an important role in preventing them from pathogens as they produce a response whenever they detect them.

The Bodily Functions Attached To It

If we talk about cannabinoids extracted from cannabis plants or hemp, then these compounds interact with our endocannabinoid receptors (CB1 and CB2) when we are consumed by these compounds and then produce responses.

Serotonin is called the happiness hormone as this hormone is responsible for regulating our moods like learning, cognition, appetite, and reward activity. So CBD regulates our serotonin levels also, and that’s why scientists say it has an anti-anxiety effect.

Does a general question arise why someone would include Cannabinoids in their body if their body is already producing them? So we all know that all our body systems work in the mode of “homeostasis ” so that other systems can also work at their peak levels.

This deficiency can lead to complications like migraine problems, IBS (irritable bowel syndrome), fibromyalgia, and many other diseases. If you suffer from this disease caused due to improper functioning of the Endocannabinoid system, then you must consult a doctor or physician.

In many states, CBD (as it is a drug) is not legal, and doctors, physicians don’t know about the treatment. Then you can find various resources online.

As mentioned earlier, CBD is under the center of research, and it has been found that CBD has various properties like anti-psychotic, antioxidant, anti-convulsive, and mostly neuroprotective nature. Our brain produces a hormone known as serotonin, which is responsible for the feeling of Euphoria, and CBD has many benefits and it also activates receptors for serotonin and cause anti-anxiety effects.

Cannabidiol is abbreviated as “CBD.” It is found in Cannabis sativa plants. Around 113 types of cannabinoids are known. Other cannabinoids, THC and cannabidiol, are the two most popular types. In the endocannabinoid system, each cannabinoid performs a vital function.

CBD is not a psychoactive compound as it does not cause a feeling of “high” after consuming it. Carbon extraction is the most prominent method used for the separation of oil from plant matter. This is the best method. It is an expensive method as oil is extracted under high pressure and low temperature.

Extraction of oil can be done through the whole plant like leaves, stems, flowers. The compound is extracted in response to the endocannabinoid system.

What is Endocannabinoid System?

The Endocannabinoid system was explained as a system discovered in the 1990s. But at that time, its work was unknown. Now scientists came to know that it involves major functions like appetite, mood, memory, and many other functions.

This system is a complex biological system. Also, this system has three components like enzymes, receptors, and the main endocannabinoids. They work when someone is consuming CBD.

CECD (clinical Endocannabinoid deficiency syndrome) is caused when not enough endocannabinoids are secreted from our bodies. It causes various effects, and some of them are as follows:

Due to recreational hemp use, there is some controversy surrounding hemp products like CBD oil. However, CBD oil’s potential health advantages are becoming more well recognized. Some popular CBD benefits are:

CBD Oil Can be Used for other treatments such as:

CBD oil can also reduce the inflammation that occurs due to neurodegenerative disorders.

How to Use CBD Oil?

CBD is extracted from Cannabis plants in the form of oil. They are applied to the body in the form of creams and gels. They can be consumed in capsules. It hasn’t been approved by the United States Food and Drug Administration (FDA).

Many states don’t want to take this product. So before consuming, consult a doctor or physician.

They don’t have many side effects on our body, but some effects are possible such as:

Several studies and research are still going on CBD oil. As it is a drug, many people don’t want to believe it, but in reality, it has many benefits and essential roles.

As discussed, CBD has many important roles in the endocannabinoid immune system of our body. From treating anxiety, depression issues to epilepsy, inflammation CBD has been found to be very effective. CBD is a drug, so most states considered it illegal, but it is legal in many states. It doesn’t have large side effects, but it can have some minor effects.

Maybe one cannot even observe side effects, but some can observe them as everyone responds differently to a particular thing. Pure CBD is safe, but the government can’t guarantee safe products from manufacturers. So before consuming, you should consult a doctor.

CBD and few other cannabinoids are beneficial with some minor side effects. It reacts with our body’s endocannabinoid system and prevents anxiety problems, depression. Major changes occur in treating inflammation, acne, and cancer issues.

It is obtained from Cannabis sativa plants and applied either through cosmetics products like gels or creams or it is consumed in the form of tablets. So people can use it according to their choices and body responses to CBD.
CBD is a very helpful drug as it does not cause any feelings of “high.” Unlike other drugs, it doesn’t cause any harmful effects as it is a non-psychoactive compound.

Many studies have been conducted on this compound and are still going on as this compound has many beneficial roles, especially for treating cancer patients and patients who have depression issues or acne problems. Our brain produces natural cannabinoids, which bind to different receptors present in different parts of cells.

The interconnectivity between this two helps in major research. Consumption of CBD really helps in curing diseases and also maintaining our bodies. After all, a healthy body is what we need in our life. 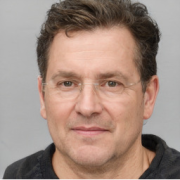 What Is Cannabidiol? Everything You Should Know

Hemp vs. Marijuana: What’s the Difference?